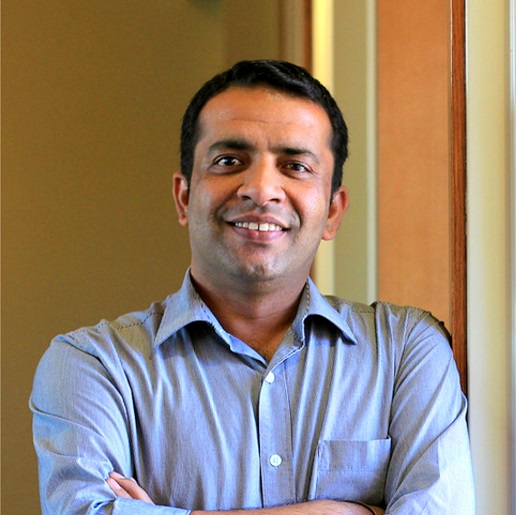 
Popularly known as the Clothing Man and the recipient of 2015 Ramon Magsaysay award, Anshu Gupta founded Goonj with a mission to highlight some basic but ignored needs of people on the development agenda, using clothing as a metaphor. Anshu studied mass communication apart from doing a Masters in Economics and started as a freelance journalist. He left a corporate communication job in 1998 and initiated Goonj.

Under his leadership, Goonj has taken the alarming growth of urban waste and turned it into a tool to trigger large scale work on various rural development issues. An Ashoka and Schwab Fellow for entrepreneurship, Anshu is creatively and flexibly matching and seamlessly weaving urban surplus into the changing priorities & realities of rural marginalized communities. He has built the genesis of a parallel trash based economy by creating barter between efforts of rural communities and urban surplus material as two new currencies.

Using the discard of the cities and efforts and knowledge of the poor as a new resource for eliminating poverty, Anshu’s work offers the world a sustainable economic model. By prioritizing the dignity of the receiver and putting the decision making back into their hands. Anshu has also added ‘dignity’ as an important lens to define development for people.

Under Anshu’s leadership, Goonj has done massive disaster relief and rehab work pan India, turning every disaster into an opportunity to reach resources and attention to the most ignored communities. Listed by the Forbes magazine as one of India’s most powerful rural entrepreneurs, Anshu and Goonj have received a series national and international recognition on innovation, entrepreneurship, governance and public service including World Bank's Development Market place award, Changemakers Innovation award to Jamnalal Bajaj Award for Fair Business Practices.

A foody, an entrepreneur, a thinker, a doer, an avid traveller, photographer and a journalist by heart, Anshu often pens prose and poetry, giving vent to his feelings and opinions on the issues that bother him about the world around him.

The citation of 2015 Magsaysay award, popularly known as the Noble Prize of Asia conferred on him says- “The Board of Trustees recognizes his creative vision in transforming the culture of giving in India, his enterprising leadership in treating cloth as a sustainable development resource for the poor, and in reminding the world that true giving always respects and preserves human dignity.”

Thank you for your interest in Kaizen Institute’s services. Please provide the following information about your business needs to help us serve you better.