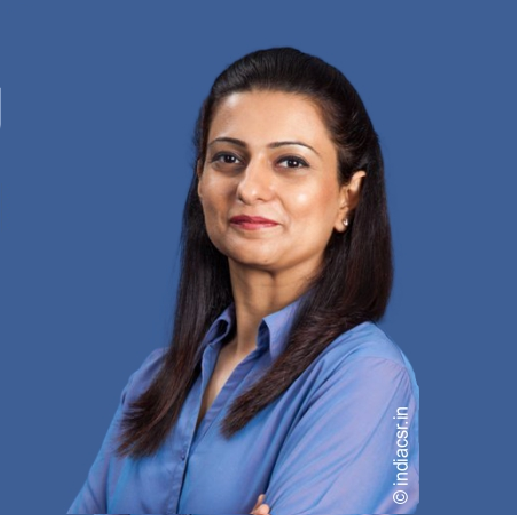 
Ms. Summi Sharma is the Vice President – Learning and Development at IndiGo, the largest airline in the country.

ifly - the learning academy of IndiGo, the most sought after training facility is headed by this dynamic lady who happens to be a stalwart in the aviation industry. The learning academy known to many for its state of the art facility and innovative learning approach brings together people/employees under one roof to impart skills required for their respective jobs while furthering the spirit of IndiGo.

Summi has a rich experience of over 24 years in the aviation industry. Her early experience as a cabin crew member provided her with the required exposure and understanding of what was to finally shape her career path. She worked as a flight attendant/purser before venturing into training at Sahara. As her career progressed Summi realized her calling was to share what she had learnt and opted for a role as a ‘Safety Emergency Procedure’ facilitator. Her dreams saw her evolve as a SEP instructor, eventually leading the entire team of facilitators that train the frontline teams.

She left Sahara to join IndiGo which is now the largest airline of the country and has gone on to break records in every sphere possible.  From day one, Summi has been a part of the IndiGo growth story and was part of the launch crew on IndiGo’s maiden flight from Toulouse to Delhi which turned out to be a journey of a lifetime.

From the start itself, Summi stood out as someone who was a natural at taking the initiative to drive positive change and leading by example. An excellent work record landed her the coveted role of Vice President, the role with the most responsibility at ‘ifly’ within six years.

As Vice President of the Learning & Development Academy, she leads the department in the creation of training programs. She works collaboratively as well as independently while handling multiple projects. She has been playing a strategic role in overseeing the creation of content, e-learning, collateral and other training material that impact behaviour change. In this capacity, she also drives the development of programs that incorporate overall business objectives such as the business’s financial goals. She is also tasked with the creation of testing and evaluation processes for the effectiveness of training programs where she conducts current and ongoing strategic assessments of business-wide training and development programs and initiatives. There is nothing that surpasses her sharp eye for detail.

Being one of the IndiGo veterans, she is a believer in the role women play in life. For her, ‘Girl Power’ means a strong and empowered woman. She works tirelessly to support this cause by enabling each 6E lady to realize her potential, giving wings to her dreams.

Summi also heads IndiGo’s Corporate Social Responsibility program. At the best of times, she finds herself switching from her demanding role as the Learning’ head to driving our company’s CSR objectives. Under her, the team assists the company in developing and managing our social responsibility programs for women empowerment, education for underprivileged children and the environment.

Thank you for your interest in Kaizen Institute’s services. Please provide the following information about your business needs to help us serve you better.